An amazing adventure game with 50 levels, amazing characters and beautiful worlds! Run and jump around the levels getting all the coins you can. Buy new characters, weapons or clothing for the characters; Fight with the different enemies and kill them!. Mount in foxes, flying bugs and wild pigs and go far with them!.

Which is true when it comes to the port of Street Fighter IV for the iPhone. This pocket sized fighter might not have all the graphical grandeur of its console release but don’t dismiss it as a dodgy port. This iPhone fighter is just as deep and addictive as the others, which is quite the deal when it comes in at just £5.99/$9.99. And now that it’s portable you can finally really take the fight to the streets.
Download:

The legendary unicorn race of all time has hit the store. Become the most fantastic unicorn in this new version. Run and jump Unicorn Horse from platform Wood to another, but watch out for empty parts of the platform during the Unicorn race.

Zenonia 4 is a cleaner and smarter sequel to the original. Changing a multitude of gameplay features to make the whole experience more comfortable and enjoyable to play, it’s classic Zelda for the iPhone, for a mere £1.79/$2.99 We know Nintendo aren’t going to do it any time soon, so it’s a good thing Gamevil did.
Download:

Never mind those ports of classic RPGs. We need to get serious. Look to the future. Don’t worry, I’ll be here every step of the way. This is why I’m showing you Chaos Rings, one of the most polished RPGs you will have ever seen created solely for the iPhone. This gem boasts over 20 hours of battle-focused gameplay, while looking absolutely gorgeous throughout.

Run for cover as the original, award-winning turn-based strategy game WORMS™ hits the App Store! With a selection of single player battles, up to 4 player multiplayer mode and plenty of ways to customise your team, Worms™ is high on entertainment and replay value!

A straight port of the first five cases from Capcom’s DS original, Ace Attorney iPhone is a smart, stylish and simple adventure game you’ll get obsessively addicted too. The unaltered, gorgeous character design from Shu Takumi looks and feels fantastic on the iPhone as you solve a number of humorous cases with a rather quirky cast.

Sorry, what? You don’t have a Japanese shoot ‘em up on your phone? Then let me show you Espgaluda II. Originally released in the arcade and on Xbox 360, Cave’s manic shooter is easily one of the most addictive games on the iPhone. This iPhone version is a great way to enter Bullet Hell for the first time. The touch screen controls are surprisingly fluid, letting you touch anywhere on the screen to control your Galuda ship The iPhone edition also features a unique ability, ‘Awakening Pulse’, which is basically a charge attack you can set off to maximise your score.Retro graphics, adorable character design and catchy music. Espgaluda II is a dream to play on the iPhone and well worth your £5.49/$8.99. Plus you get to hear cute Japanese girls make all sorts of odd noises, which always goes down well. If you’re into that sort of thing

9. The World Ends With You

Square Enix, the company best known for its Final Fantasy series, has also branched out and made some other fantastic games, and The World Ends With You is a perfect example of that. Sure, it’s a little expensive for an iPhone game, but it is one of the best RPGs released in recent memory, so it’s well worth the cost.

Horn just might be the best-looking game on iOS, and that’s no small praise with beautiful games like Real Racing available on the platform. Of course, looks aren’t everything, and the third-person action RPG plays just as well as it looks. While Horn is meant for hardcore gamers, it still has a certain accessibility that will allow anyone to jump in and have a good time with the game.

What do you think? 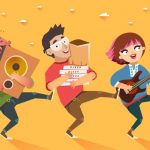 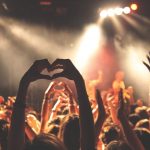 Want more apps like this? Get the most popular apps straight to your inbox

Your password reset link appears to be invalid or expired.

To use social login you have to agree with the storage and handling of your data by this website. %privacy_policy%

Hey Friend! Before You Go…

Get the best viral stories straight into your inbox before everyone else!